My life but still your choice

On Wednesday night, Wifey and I watched as our state politicians debated the Civil Partnerships Bill, and eventually, passed it. There was a lot of swearing, tantrums and face-palming - and that was just in our lounge-room.

The new laws won't come into affect until at least the new year, and maybe not for another six months at least.

The biggest affect it will have on Wifey and I is that when we register our civil partnership, we will be automatically granted next of kin status in our home state. But I don't want to talk about the benefits of the Bill's passing in this post. I want to address the lies, myths and prejudices still doing the rounds, and I want to take them to task.

I'm angry. I'm angry and upset, and feel sick. Why? Because of the bile and rhetoric spewed forth in the name of debate.

Firstly, because of my sexual orientation, you:

and you expect me to not take that personally?

Yet when I call you a bigot, homophobe, ignorant, naive, and afraid of change, that's not OK?

If someone completely unknown to you were to walk up to you and tell you that your relationship with your partner or wife or husband was irrelevant, or not important enough for you to have any say over their well-being if anything were to happen to them, what would you say?

If you'd been with your wife, husband or partner for thirty years, and they ended up in hospital, only for you to be told their legal next of kin (ie their blood-related siblings, parents or children) would not allow you to see them or make any decisions on their behalf, how would you feel?

That is essentially what you are telling me. That no matter how much I love my wife, or how we live our lives together, that in one terrible moment, our life together could become irrelevant, simply because my relationship is not recognised by law.

The only thing I want for my relationship is the same legal standing as my married family and friends. No more, no less.

Ever been out to dinner with your significant other and been stared at because you're holding hands across the table?

Ever had to pretend your wife or husband was just your friend so as not to offend someone else?

Ever lose family or friends over your choice of partner or even because you told them of your sexual preference?

Ever had to listen to people talk about others in hateful, hurtful ways and not say anything for fear of recrimination?

Ever been scared for your life simply because of who you are?

I understand that if you believe in God, you are offended by my life. Offence is not discrimination.

My being able to legally marry my wife in no way impinges on your marriage. It doesn't devalue it. You won't have any less rights than you already have if I get to access them too.

Is that too much to ask?

Email ThisBlogThis!Share to TwitterShare to FacebookShare to Pinterest
Labels: about me, Gay Stuff 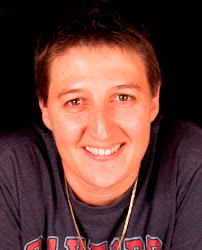